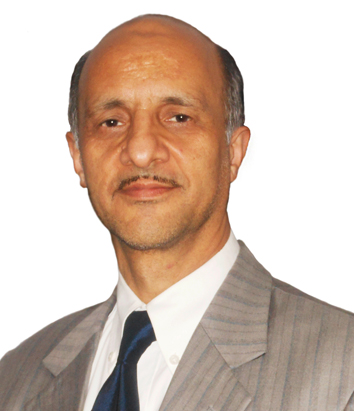 Prof. Dr. Mohammad Osman Babury is a professor of Pharmacognosy and Phytotherapy in the Faculty of Pharmacy, Kabul University. He was appointed as the Chancellor of Kabul University on May 23, 2020. Prof. Babury was born in 1962 in an educated and intellectual family in Herat. He received his BS in Pharmacy and MS in Pharmaceutical Science from Pyatigorsk Pharmaceutical Institute in Russia in 1985 with excellent grade (with honours). He completed his Ph.D. in Pharmacognosy at Philipps-University Marburg, in Germany in 2019.

After returning to Afghanistan in 1985, he started his teaching career at Kabul University from 1986 to the present.

He achieved the rank of professor in the department of pharmacognosy after completing his teaching assistantship and rank of associate professor in 2000.

In 2006, he was briefly appointed general director of the pharmacy authority at the Ministry of Public Health, but resigned due to the unwillingness of the ministry leadership to make the necessary changes at that authority, and was soon appointed vice-chancellor of academic affairs at Kabul University.

He was the first chair of the governing board of the South Asian University (SAARC) during 2011-2012, a member of the High Council of the Afghanistan National Standards Authority (ANSA) from 2010 to 2017, member of the high commission on the elimination of violence against women from 2009 to 2017, and deputy director of the One Belt & One Road Higher Education Research Group in China from 2016 to present.

Prof Babury has published around thirty articles in the field of pharmacy in Afghanistan, Russia and France and he is the author of three textbooks entitled “Pharmacognosy”, “Medicinal plants used in the treatment of cardiovascular diseases”, and “Phytotherapy”.

He has attended many national and international conferences and seminars within SAARC, UNESCO, OIC, and British Council, Botanical Congress, etc. with presentations on medicinal plants of the country and on Higher Education of Afghanistan.

As deputy minister of Higher Education for Academic Affairs, he chaired many national committees and boards such as the National Committee on Curriculum Revision and Development, the National Research Committee, the National Post Graduate Committee, National Kankor Committee, etc. He has received many awards from international and national organizations.

Prof. Babury is married and has three children. He is fluent in Persian (Dari), Pashto, English and Russian.